You Are Here: Home → News → Ratings Football as a reflection of reality

Ratings Football as a reflection of reality

At the beginning of October 2015 every self-respecting news media was to replicate that in case of victory against Belgium over the Israeli team in the final match of Euro 2016 qualification, trust Marc Wilmots will be located on the first line of the FIFA world rankings among male teams. October 13 was realized precisely the scenario that has caused heated discussion in the global football community – “Red Devils” back to the top of the world ranking. At the same time, some 6 years ago Belgians settled confidently on the 66th place in the rankings of FIFA, especially no claim to great achievements.

According to many people. The undeniable fact is only one – a breakthrough Belgians as a single mechanism in the form of the national team became officially recognized by the public precisely because of the FIFA rating scale. Of course, no one denies that up to 10/13/2015 all knew about the possibilities of the players with Belgian passports, their output in the quarterfinal stage of the football World Cup. However, if it were not for the FIFA rankings, no one would be able to demonstrate this in any easily comprehensible way: a contingent valuation or ranking.

Current events in world football is becoming more subject to trends of globalization:

Reflected the development of these successes either already received or still receive as dialed points in the FIFA rankings. However, the rating of FIFA only states success. No causal relationship or the growth prospects of this evaluation system can not show. Although these aspects require a detailed study, not just to be content with the fact of winning a soccer outsider, but also to understand all the nuances of the phenomenon, and even be able to anticipate it. That such thoughts were laid in the basis of the research team of the Centre for Strategic Studies in Sport at REU them. Plekhanov when creating a completely new system of evaluation of football excellence. Such an ambitious project has received an appropriate name – The index of the development of football – Football Development Index (FDI).

The essence of this rating system is the ability to show multiple perspectives on the phenomenon called “the development of football,” do not fix on a purely sporting results. Quantitative indicators – the ultimate goal of any operating system is debugged, football is by no means an exception. However, the emphasis on quantitative achievements in sports (trophies, victories, goals, etc.), though justified, but these parameters are not only a key role in modern football. 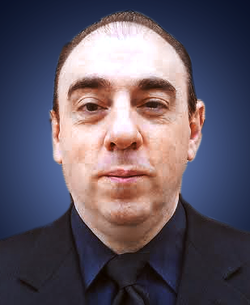