The first game of the football season is finally here and the NCAA has a fun one lined up forus Cal/Hawaii will clash in Sydney Australia on Friday August 26, we want to help out our Aussie friends on the betting front and anyone else who might be a little new to college football betting.

With me is Johnny Odds Shark here to help us learn a little more about College odds and this game in particular.

Now most Australians are familiar with the point spread with Aussie Rules action but Johnny what you tell us about the spread for this game? This game open up at 23 points and it’s moved down to 20 points with Cal being the favorite so spreads do come higher than this in college football but the three-point line move is significant because that means a field goal.

So the line is moved by one full score.

So it’s going to be considered a drubbing if Cal wins here so if you do take Cal you’re cheering for a less exciting game.

Ok so the underdog is getting three major scores is that the way we want to go here? Well I’m not so sure about that one.

Is there an advantage for big dogs orbig faves traditionally? Not really.

Unfortunately faves won at forty-nine percent against the spread last year with lines 20 points or more over about 200 games.

behind only the NationalFootball Leauge.

So what’s the pick against the spread? Well I’m liking Cal here now the numberhas come down a little and so does the OddsShark computer.

Hawaii has a brand new coach and that’s a really big deal in American football.

It means they’ve got a whole new offenceto get used to and in this case I think it will take Hawaii some time to getthings rolling.

Alright John thanks so much for the information, this should be a fun one to kick off the college football season. 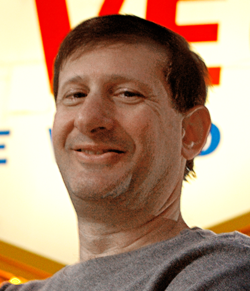 I have had only two losing season in pro football in my handicapping career. I have the best sources in the business thanks to more than 25 years as a sportswriter, handicapper and analyst.
Game Details
Sep 22 '20, 8:05 PM started
MLB | Cardinals vs Royals
Play on: Cardinals -109 at pinnacle
Game Analysis

Austin Gomber sounds like a character from Mayberry on the old Andy Griffith Show. But Gomber is no Gomer. He's pitched well with a 2.37 ERA. The lefthanded Gomber has been stingy against the Royals...Read More