You Are Here: Home → News → How The Rockets EXPOSED The Warriors DEFENSE In The NBA Playoffs

How The Rockets EXPOSED The Warriors DEFENSE In The NBA Playoffs

The Rockets did a complete 180 and adopted a Warriors style offense with an immense amount of backdoor cuts, ball movement.

The Warriors were off on the offense end,but it was their defense that had some glaring holes.

The Rockets founds a weakness in the Warriorsdefense and it wasn’t Stephen Curry.

What is up dudes, dudettes, ballers, players.

The Rockets shocked everyone by winning against the Warriors in Game 2.

The Warriors have the best defense in theNBA but Game 2 showed a lot of glaring holes.

The Rockets moved the ball with great unselfishness,but then again the Spurs do that too.

What the Rockets did was use Draymond Greento their advantage.

Now that it’s 1-1, let me know in the comments:who do you think is gonna win the series and why? While Draymond Green is undoubtedly a great defender and has such high IQ, the Rockets used his tendencies to their advantage.

Draymond Green is the head of the Warriorsdefense.

He roams around constantly giving help defense,switching, and telling the other Warriors on how to rotate.

Because he is so versatile, he can help guardalmost any position and simply because he understands what the defense needs, he usuallymakes the right decision.

But as a result, Green’s man typically is left more open.

Since Harden and CP3 are attacking and because they are guards, Green is not directly guarding them.

The Rockets have shooters all around and playerswho can put the ball on the floor.

Now whenever Green sees CP3 or Harden get into the paint aka matching up with Curry, Green automatically roams over and comes to help.

In Game 1, the Rockets held the ball way toolong and didn’t allow the ball to move until late in the shot clock.

And then they did this.

In Game 2, they ran their same isos but madetheir moves early in the shot clock.

Therefore, when Green roams to help, there’s one man open and the Rockets would immediately pass out and swing the ball.

The Warriors switching defense could not keep up with the movement of the ball moving around the perimeter and the Rockets got their looks.

I’m not saying that this was their onlyproblem.

The Rockets hounded Curry and made him tired.

The Warriors turned it over too many times.

But for the Rockets, when they play greatoffense, their defense picks up.

The Rockets were just making shots but a lot of times, the Rockets got open looks and when they didn’t get the open look, they were already a step ahead of the Warriors, they drove inside the paint.

This was just one game and one game doesn’t mean everything.

But when the Warriors get caught looking astep behind a team, that’s a pretty big deal.

They gotta figure something out or just have better offense which is what I expect to see in Game 3. 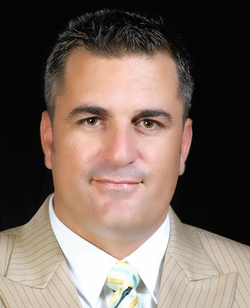 This is a free play on Over 2.5.Tony Ferguson is now 37 years old, and coming off consecutive losses you might not think he has much left to give as a mixed martial artist. He will be an underdog...Read More

Pick Released on May 15 at 09:42 am
NFL Leaders
Headlines