You Are Here: Home → Handicapper Tips → The Fake NHL Draft Pick – Things You Might Not Know

The Fake NHL Draft Pick – Things You Might Not Know

With the 183rd overall pick in the 1974 NHL Draft, the Buffalo Sabres selected the league’s first Japanese born player.

Well, so the league thought.

today on “Things You Might Not Know with ThinkSoJoE,” the story of Taro Tsujimoto.

In 1974, the National Hockey League was in the trenches in a battle for supremacy with the rival world Hockey Association.

As such, NHL Commissioner Clarence Campbell decided to hold that year’s draft via telephone to keep the picks secret from their rivals.

That process took a long time, and Buffalo Sabres General ManagerPunch Imlach decided to have some fun at the league’s expense.

Wieland decided that his player would be of Asian descent and have the last name of Tsujimoto, the name of a grocery store that he passed every day on his way to college at St.

It was revealed in 2013 that Imlach called the store and spoke to owner Joshua Tsujimoto, askingto use the family’s last name but never revealing why.

When it finally came time for his 11th round pick, Imlach announced that his pick was Taro Tsujimoto, center for theTokyo Katanas of the Japanese Hockey League – Katanas being the Japaneseapproximation of Sabres.

The NHL at this time was attempting to expand out of the United States and Canada, and were drafting players from Scandinavianregions.

Therefore it didn’t seem out of the ordinary that the Buffalo Sabreswould search far and wide for their new talent, including reaching out to theOrient.

The pick was made official and then reported in the Hockey News.

Imlach and Wieland kept the truth from getting out until the start of training camp the next season.

Campbell and the NHL failed to see the humor in this, and theBuffalo Sabres 11th round pick in 1974 is now listed as an invalid selection.

Taro Tsujimoto’s legend lives on however, as the Buffalo Sabres mediaguide still lists him as their 11th round pick in 1974.

An interesting sidenote to this story, the team Taro Tsujimoto was supposedly draftedfrom, the Tokyo Katanas, well I’m sure you can guess, they didn’t actually exist.

Infact the JIHL had no team from Tokyo at this time.

However, later Kukudo wouldmove to Tokyo and would actually provide the NHL with its first Japanese born player, goaltender Yutaka Fukufuji, who played in four games for the Los Angeles Kings in 2006, with a final NHL record of 0-3-0 and a goals against average of 4.37

So, did you know about this fake NHL pick? Feel free to leave your comments on this subject below and leave us suggestions for upcoming topics. 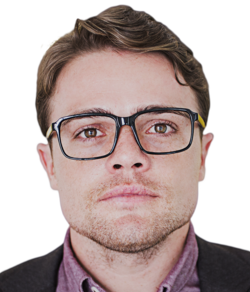 Pick Released on Jul 28 at 11:48 am
NFL Leaders
Headlines