As we know, there are many different types of bets you can place on sports, and “Totals” bets are one of the more popular.

Also known as the “Over/Under”, this bet is placed on the total number of points scored in a game by the two teams combined.

Instead of worrying about who wins and who loses a game, all you have to worry about here is how many points are scored.

It’s one of the simpler bets available,which can be very appealing to a bettor regardless of experience, but don’t be fooled by the simplicity of this wager.

Just like with any other bet, there are strategies and risks involved.

So if you’ve ever wondered how these bets work, we’re going to get into it right now.

Although they’re called “Totals”, this type of bet is often referred to as the “Over/Under” due to the nature of the wager.

In short, the sportsbook sets a number of points that they think will be scored in a game, and you decide whether you think the actual total number of points will be Over or Under that number.

Let’s check out an example.

So in this example, we’ve got a game between the Atlanta Braves and the Colorado Rockies.

This means that the Totals line is set at 10.5 runs.

So if you’re placing a bet, you’d be deciding whether you think that the Braves and Rockies will combine to score 10 runs or fewer with the Under, or 11 runs or more with the Over.

In this example, the two starting pitchers had combined to allow just 1 earned run over their first few appearances to start the season.

So you might decide that this game was destined to be a pitching duel and take the Under.

But, if you thought that the early-season sample size was too small, and that the thin mountain air at the run-friendly Coors Field would mean this game would see some big home runs, you would take the Over.

But what is that half point? It actually serves a huge purpose.

Since you can’t score half of a run in baseball…or a half-point in football or basketball, or a half-of-a-goal in hockey… that half-point in the Total line is put there intentionally.

Sportsbooks use that half-point to prevent a push, which would result in a tie in sports betting.

If the line is set at 10, and the final score is 6-4, then your wager and everyone else’s would push, and nobody wins the bet.

… So now you’re probably wondering how much to bet? The other number in our example helps you there.

These are not even-money wagers.

This is how sportsbooks make their money,regardless of who wins the game.

They set intriguing payouts on both the Over and the Under, hoping to draw an even amount of action on both sides.

In closing, betting on Totals has its advantages.

None are more obvious than the simplicity of the wager.

This makes it great for beginners because of how simple it is to understand what you’re betting on, as well as whether or not you’ve won.

It also means that one of the two options will pay out, so long as there’s that half-point on the Totals line.

But do keep in mind that these wagers are NOT even bets.

This is a great way to bet on a game without having to bet on one team or the other, and you may even be able to do a bet on Totals for just a quarter, a half, or a game when it comes to a sport like football or basketball. 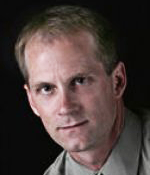 #604 ASA FREE PLAY PLAY ON Minnesota -1.5 over Rutgers, Saturday at 12 PM ET - Minny’s game on Thursday night was cancelled due to Covid protocol with the Gophs. Sounds like they’ll most likely...Read More